Town & Country - On the Doorstep

Silver Birch is a recently and stylishly renovated cottage in a quiet location situated on the edge of the market town of Llandovery, in the old Welsh county of Carmarthenshire. The Cottage sleeps 4 guests in 2 luxurious en-suite bedrooms.

Llandovery is situated on the main A40 south of the Cambrian Mountains and just north of the Carmarthen Fans and Black Mountains, it also sits on the western edge of the Brecon Beacons National Park, which makes it a great location for walkers and cyclists alike. Just an hour’s drive west will find you on the west Wales coast, with its lovely beaches and coastal walks. In this market town you will find several good pubs/restaurants, tea rooms/cafes, take-aways, a butcher, a bakery, a greengrocer and a supermarket, all within two minutes’ walk of Silver Birch Cottage. The town is steeped in history with its ancient castle ruins and Prince Llewelyn statue, there is also a tourist information & heritage centre, a craft centre and railway station on the picturesque mid Wales line.
Silver Birch Cottage
When arriving at Silver Birch the gates will be open for you to drive in and park your cars on the property. It is then advisable to enter the cottage via the back door leading into the kitchen. 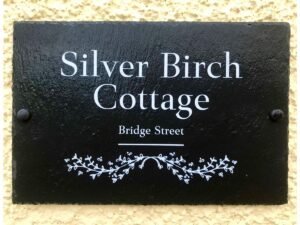 The kitchen is spacious and well equipped with a breakfast bar and stools and all the cooking pots, utensils and crockery you could possibly need. The lounge area is comfortable and cosy with a gas wood effect fire, large sofas and beanbags. The 1st bedroom named Cwtch (Welsh for cuddle) boasts a king size bed or if you prefer twin 2’6” singles. The room is beautifully decorated, and its luxurious en-suite has a double shower, hand basin and wc. The cottage is fronted by a quiet road leading to Myddfai, the back-garden area is spacious, secure and private, being completely walled with high gates at the entrance it is safe for children and pets. The garden has a large patio area where you can sit in the shade of the Silver Birch Tree, hence the name of the cottage.

Silver Birch Cottage, what our guests are saying!

Our first few months as a holiday cottage and what our guests are saying I think it's fair to say...
Read More

Walks from the door

With Silver Birch Cottage being situated on the edge of Llandovery, it is perfect for small town...
Read More

We acquired this lovely little cottage in February 2019, with the initial intention to develop it...
Read More 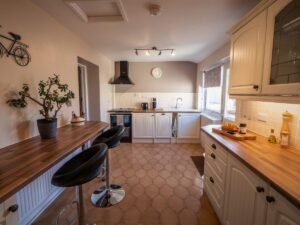 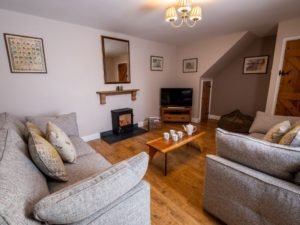 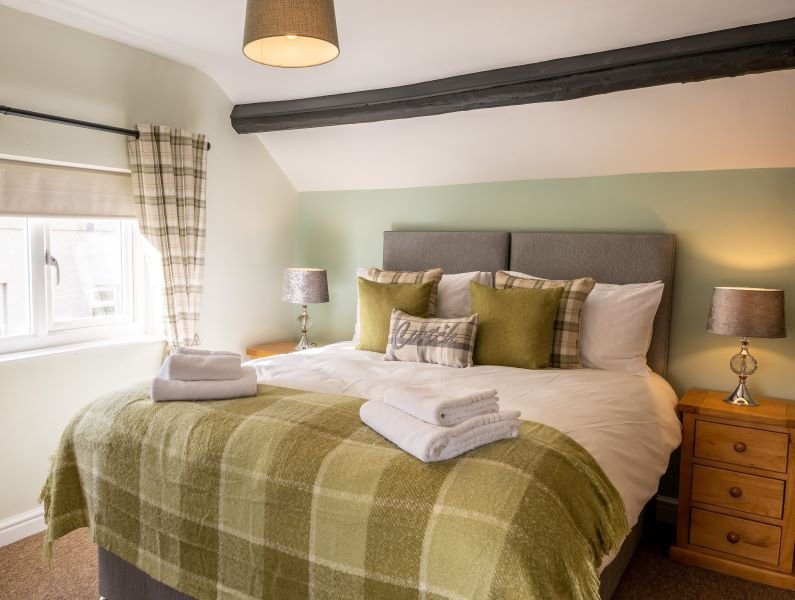 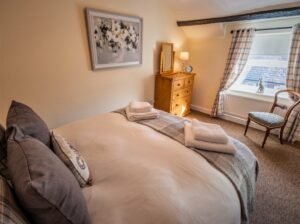 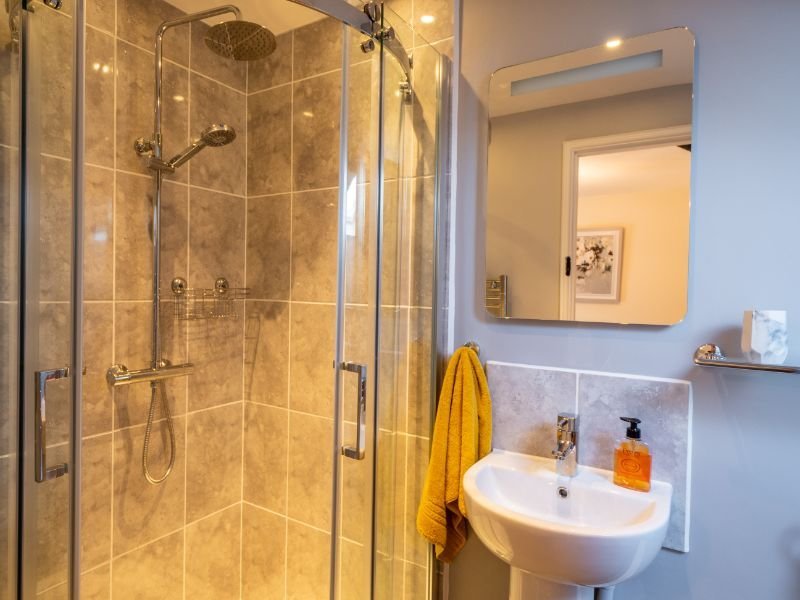 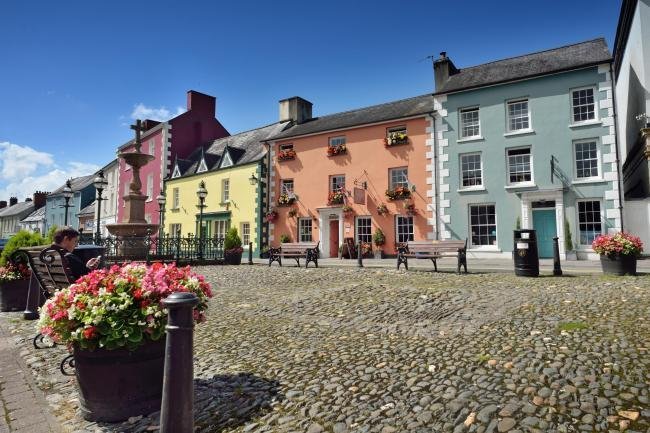 Legends and history lie at the heart of this charming market town on the edge of the Brecon Beacons National Park, surrounded by majestic mountains, leafy woodlands and magical waterfalls that promise a breathtaking view in every direction.

Llandovery today is a busy town with small shops and an agricultural feel. The A40 runs through the centre of the town . There is an abundance of old coaching inns.

George Borrow in his book “Wild Wales” speaking of Llandovery had no hesitation in saying “is about the pleasantest little town in which I have halted in the course of my wanderings”.

The beauty of Llandovery lies in its broad appeal; nestled on the edge of the Brecon Beacons National Park, the town is the perfect base from which to explore the western part of the park. Thanks to its proximity to the Black Mountains, Crychan Forest, Cwm Rhaeadr (valley of the waterfall), the River Towy and Usk Reservoir it’s ideal territory for hiking, biking and horse riding, and a haven for nature lovers.

History enthusiasts and legends seekers will also be drawn to this attractive market town, thanks to its droving heritage, when thousands of animals were driven through every year on their way to markets across the land; today, you can very much feel the presence of that heritage around the town. And, as well as being home to the remains of the 12th-century Llandovery Castle, it’s also the former home of Llywelyn ap Gruffydd Fycha, a key supporter of Owain Glyndŵr, the people’s choice as Prince of Wales in the Middle Ages.

Equidistant from Cardiff, Fishguard and Hereford (around 90 minutes’ drive) Llandovery’s location is extremely favourable; it is both the northern gateway to Carmarthenshire and West Wales and the southern gateway to the Cambrian Mountains of mid Wales. It also boasts the magnificent backdrop of the Black Mountains, a group of ancient red sandstone hills covered in grass and heather. This stretch of the Brecon Beacons National Park is home to the wonderful red kites, whose population has increased thanks to protection and a red kite feeding station in the village of Llanddeusant, half an hour from Llandovery.

Private secure parking for at least two cars on the Property.

Up to Two Dogs are permitted, Dog Bowls, Stairgate. Rules Apply: No Dogs Upstairs or on the Sofas.

This cottage is absolutely adorable. The owner
Has thought of everything. Nice patio area 2 big beds. 2 on suite showers dog friendly. Immaculate inside. I’m writing this review as it his our last day we head back home tomorrow thank you for letting your home to us. And the dogs. From Paul liz mick and Pippa. We’ve really enjoyed our stay home from home. Ps. All the takeaways are nice. All the pubs are top notch walks are really good. For anyone wanting to rent this beautiful home thanks again

We stayed in Silver Birch Cottage for w/c 2 July and found it perfect for our needs. The attention to detail for all conceivable visitor needs and requirements is amazing and by far the best we have enjoyed in many years of self-catering holidays. Paula and Ian have a gem in holiday accommodation and we highly recommend it.

We would highly recommend a visit to Silver Birch Cottage. It was a perfect and relaxing home away from home. The cottage is well situated in the lovely town of Llandovery, where the locals made us very welcome, and as a gateway to the many spectacular sights in the Brecon Beacons.

Paula and Ian have kitted out the cottage very well indeed and the little welcome gift for both us and our dog was a lovely and thoughtful touch. They are also attentive and available if needed without being in any way invasive.

Finally having a secure garden area for the dog was a real bonus for us as it meant we could all relax that bit more knowing she was safe to be let out without a guardian and we could enjoy a cold beer in the sunshine without having to watch her every move. Big thumbs up for that!

Thank you Both for a wonderful holiday.

Stay in this newly renovated cottage with easy access to both the quaint town and impressive open countryside.